It’s not every year you get to celebrate publishing 20 issues of genre-busting literature. We want our readers to reap the rewards, and our contributors to shine in the spotlight, so every week we are offering up a selection of deeply discounted past issues, based on one of the authors, poets, or artists whose work fills the magazine’s pages. Welcome to week 33 of Pulp Literature’s Year of Authors! 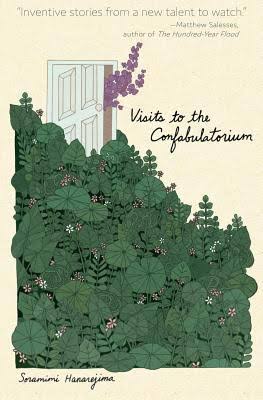 Soramimi Hanarejima is a writer of innovative fiction and the author of Visits to the Confabulatorium, a fanciful story collection from Montag Press Collective. Soramimi’s recent work has appeared in various literary magazines, including Panoply, Foliate Oak, and Rigorous.

Recently from the wilds of northern Ontario, now transplanted to British Columbia, this cat-wrangling fountain pen enthusiast writes stories and is a graduate of the science fiction and fantasy writing workshop Viable Paradise.

Stephen Case gets paid to teach people about space, which is pretty much the coolest thing ever. He also occasionally  gets paid for writing stories about space (and other things),  which have appeared in Beneath Ceaseless Skies, Daily Science Fiction, Orson Scott Card’s Intergalactic Medicine Show, among others. His novel First Fleet (Retrofit Publishing) is a science fiction horror epic described as HP Lovecraft meets Battlestar Galactica. He lives with his wife, four children, and varying numbers of illegal backyard chickens in an undisclosed suburb of Chicago, and online at stephenrcase.wordpress.com.

Stephen Koster is never quite sure which way it is to Albuquerque, but he’s content in the meantime to dig tunnels, chew carrots, and be snarky. His work has been published in The Feathertale Review, Bide Magazine, Shooter Literary Magazine, Tincture Journal, and Spark:  A Creative Anthology, among others.

Summer Jewel Keown in a writer of speculative and other fictions from Indianapolis, Indiana. Her short stories have been printed in Bikes Not Rockets, Hooser Lit, and So It Goes, the literary journal of the Kurt Vonnegut Library. She recently published the romance novel Painted Over under the pen name Sofi Keren. Follow her on Twitter @TheSummerJewel.

We’ll be officially releasing Pulp Literature Issue 10, Spring 2016, this coming Monday, April 11th.  We would be delighted if you could join us at the Wolf & Hound to meet some of the authors and lift a glass or two to celebrate!

See you at the Wolf!

Subscribe on Patreon for as little as $2 a month Become a Patron!

What people are saying